Hares and other things

Some more pictures for you today. It has been a weird week so far. We lost our mobile phone the other day while out and it was much more of a pain than I expected. I don't use it lots but I do need it, not just for the calling people but losing it meant I didn't have the mobile numbers I needed while out. Anyway some very kind person handed it in at the ranger hut where we had been so that restored my faith a lot. Laal Bear had texted me and the ranger heard it as the phone had then been handed in. He rang her and she told him who the phone belonged to. Thanks LB:) 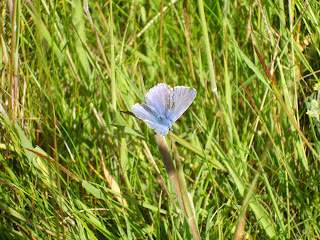 The walk brought some brilliant pictures and these are just a few of them. 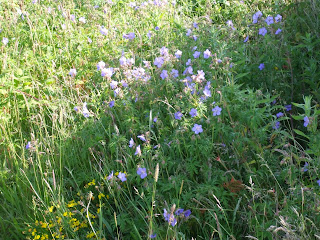 As you can see the sun was shining for us. 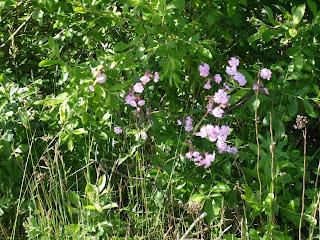 Lush displays of wild flowers fill my heart with joy. 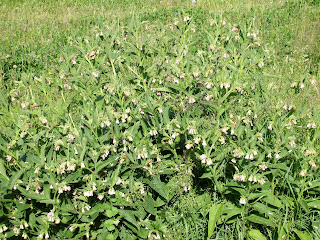 This is a really useful herb, comfrey. When I was little my nan made me drink comfrey water for my joint problems and she also used to wrap the leaves around my joints. Its old country name is knitbone. It tasted like cabbage water as I now remember and wasn't nice, but then my grandparents tried all the remedies they knew to try and keep me out of hospital. Sadly it failed but not for want of trying. 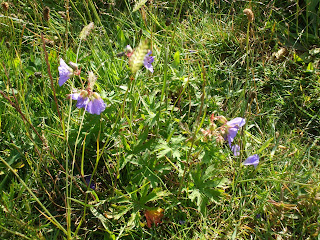 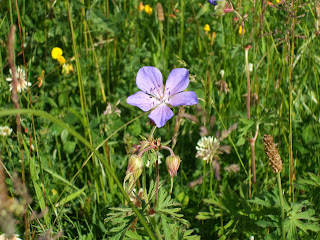 There were also furry creatures crawling along the paths. 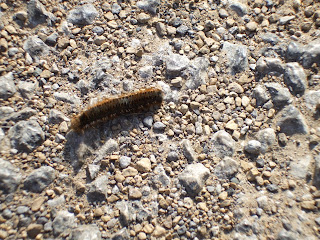 From there we went to babysit our grandchildren and look what we saw going down my daughters lane. 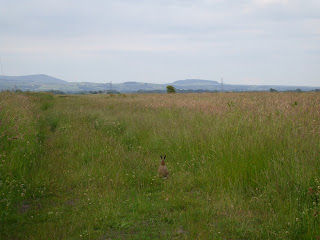 I was so thrilled to actually get pictures of the hare, I love them they are such magnificent creatures. 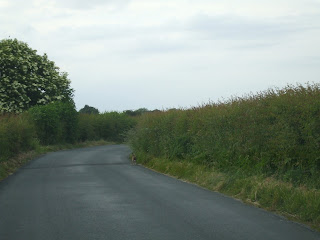 The pictures will enlarge if you click on them.
I've been knitting on the fire shawl, pictures maybe this weekend we will see how it goes.
at June 18, 2009

I love Hares too, my husband saw one the other day and I missed out! :(

Lovely photos, Amber! I'm glad you got your phone back :o)

Oh Ambermoggie! Every time I visit here I see these gorgeous summery images that make me ache to be in your part of the world. It's not that my part of the world is bad, but it is the middle of winter and there is nothing like the soft, lush green beauty of Britain.

And wishing you a very happy Solstice weekend!

Hares are wonderfull, amazing to get a photo of one, they are usually of before you can focus the camera. Great photos :)

Love the tale about the mobile and so fab that you got it back. There are some honest folk ou there :)
I love hares too but then I was born in the year of the hare ;)

My mum used to swear by comfrey leaves, not to drink but to boil up and use the leaves and water on any sprains we might have.
My son only mentioned the other day that we should try growing some comfrey in the garden and wrap it around my knee.
I have been using comfrey oil but it is very greasy and messy to apply.