Thank you Lush Cosmetics NOT:(

As I think I may have mentioned my card was cloned just after Christmas and I found out in the worst circumstances while trying to pay a hotel bill from our trip down south for Mr Mog's aunts demise.
That was the first I knew of it and it didn't help that we needed cash to come back. The bank wanted to stop the card there and then but agreed to pay the bill(after asking why we were so far from home) and agreed not to stop the card until we had drawn enough funds to see us home and until the new card arrived.
I had been wracking my brain wondering how it happened and thought it may have been a certain online book place because that was the place from the previous hacking.
Well it isn't.
Just had an email from Lush Cosmetics saying that their website was hacked and for all customers to get in touch with their bank as cards have been compromised.
Thank you Lush for the delay letting us know, almost a month now.
I shop at so few online stores using my card because of security. Looks like this may be one less of them
IF I need any more Lush stuff it will be shop only. No more online website for me.
I know it is never a good time to have stuff like this happen but on top of the upset of the death of aunt it was too much.
Edited to add Lush cosmetics not yarn
at January 21, 2011 7 comments: 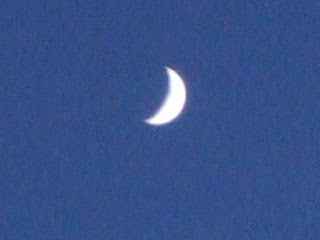 Tonight's new moon, the first of the year and the first time I've been able to see it this month. 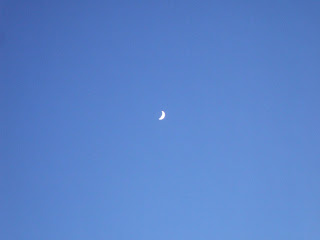 A ray of hope and light 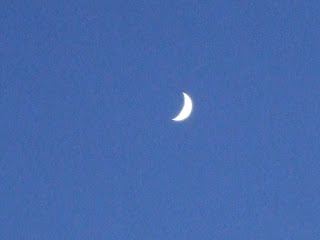 I've just heard that my friend passed in to the summerlands this lunchtime.She will be sadly missed by all her family and all of us who knew her. Goddess take her to your arms please . May she be surrounded by butterflies and  covered in sparkles , her favourite greeting to us all.
at January 09, 2011 3 comments: 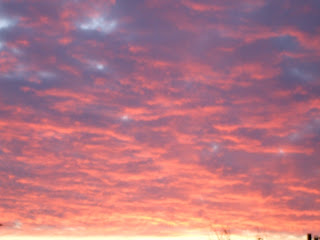 Sometimes people touch our lives very briefly.
Other times they remain a big part and we would be lost without them.
Then there are those who we may never meet face to face but we count them as good friends none the less.

We are virtual friends and yes, sometimes,  we say we must meet up but for various reasons it never happens.
It doesn't matter though, the friendship exists on a different level that is all. 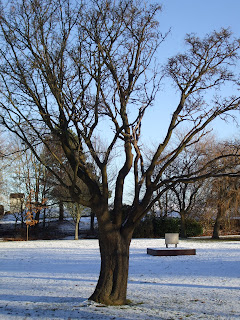 The trouble is that when something happens you find yourself wishing you had met up. You will never now have that chance.

A few short years ago I met someone on line and hit it off immediately. She was a fellow crafter and a fellow pagan. We exchanged emails ,occasionally post cards and gifts, sometimes texts and the very rare phone call.
I admire this person very much, she has lived with Cancer for a long time with patience (and good humour most of the time). She kept in constant email contact when we found about about Mr Mog's cancer and subsequent treatment.
She has received all the various treatments and now has decided that enough is enough and she wants to let her life come to a natural end.

As another friend said yesterday "She had decided to take control, stop treatment and die with dignity. The last few weeks she has been more content and happy than she has for a very long time"
I respect and honour her choice, for choice it was, and I send her much love and strength for this next difficult part of her journey.

Sometimes you meet someone online and you click as friends immediately.
Sometimes you never meet that person face to face but it doesn't matter.
Sometimes you wish you had made more of an effort to make that journey.
Sometimes  you just wish
at January 07, 2011 1 comment:

2011 already or is it finally? Seems to have been a very mixed year chez Moggies.
Having to go to the south east  wasn't easy. Not just the fact that the journey took over 8 hours instead of the normal 5.5 but that when we got there we had just 24 hours with Mr Mog's aunt before she passed away. Sadly she didn't regain consciousness throughout it but we didn't stop talking to her all the while just in case she could hear or sense us on some level.
I have known her for 17 years I think and it was always a joy to visit and to speak with her on the phone. She had been housebound for a few years but her phone had always been her method of keeping in touch with family and friends across the world. We spoke several times a week and it was never a chore to ring her.
She was 93 when she died and up to the end had a very active mind and joy in life. She played scrabble and did quizzes when she could. It is only a few years ago that she stopped her summer time swims in the sea.
She died peacefully I'm glad to say. She just stopped breathing and there was no pain at the end for her. A good death as they say, although are any deaths good?  Just before the end both Mr Mog and I saw something leave her and fly towards the ceiling and we both asked each other "did you see that?"

The practicalities of a death at Christmas were soon to try us. When we went back next day for the medical certificate of death all the doctors who had been on duty had of course gone off. We then found out that this certificate can only be signed by one of the medical team attending her. We had to go back next day for it. In the meantime we decided it was feasible to start planning the funeral, after all this all had to be done while we were down there. None of it could be done over the phone. Funeral director was very helpful and provisionally booked for us. Another side issue of it being Christmas, lots of deaths so backed up funerals. It will be 2 weeks to hers. Then off to clear her room, a sad task but needed doing immediately as the home give you just 7 days to clear things before they dispose of it all. And yes again couldn't be done when we return home of course.
Another night in the hotel, our third, and then the following morning collection of medical certificate, registering death. This offered some problems, you now have to book appointments and they were also backed up.
However after explaining our circumstances and long journey home they kindly agreed we could go and sit and they would fit us in. This done back to undertakers to give them release form to collect body and officially arrange funeral. This done it was back up the motorway.

But there were other problems, well there would be wouldn't there?
When I went to pay the hotel account they refused my card. Phone calls later I found out it had been cloned:(
Bank agreed to pay bill and then wanted to stop card immediately. I explained we didn't have any money and needed to travel home so they let me draw some before stopping it.
I will get a new card in 5 to 7 days. They told us a series of cards had been cloned from Internet transactions. As in the last time this happened the main place I've used the card is Amazon. Apart from that just Lush once and M&S once.  I can't prove that it is Amazon of course but what is the betting on it?
So is that it you ask? No there was more.
Mr Mog has travelled this route for around 35 years, I've been travelling with him for past 17. You would assume we knew our way wouldn't you?

We got lost:( We found ourselves heading towards the dreaded sigil of hell, the M25. Neither of us could tell you why we lost our way, maybe aunt didn't want us to go who knows? The weird thing is though that despite the mix up we only took 5.5 hours to return home.

Yesterday was spent with aunt's Christmas cards and 3 address books trying to match up first names with phone numbers to ring and inform people. We are a small family on aunt's side so this was primarily her friends and the nieces of her husband. None of whom we knew. Took over 4 hours but we are hopeful we contacted everyone.
Phew, glad to get it all down on paper while still fresh in my mind.