Of this and that


Wow bet you didn't expect another post so soon did you? The sun is shining here and it doesn't half lift the spirits
Following are some pictures from our recent holiday in Wales, wet but still a lovely few days
This tree was just outside our dining room window. 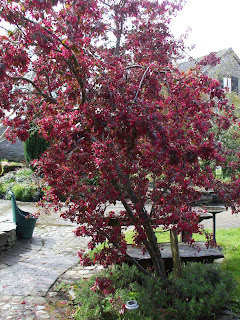 views from the living room 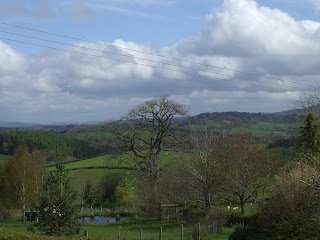 they changed as you watched 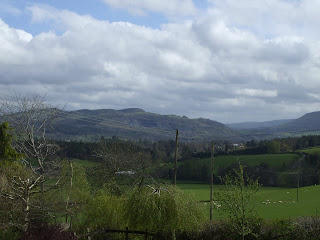 This was a craft centre near Builth Wells , Erwood 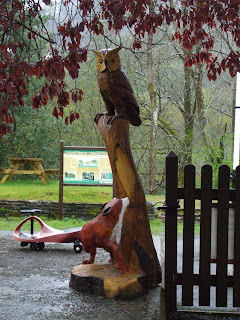 As you can probably tell, a disused railway 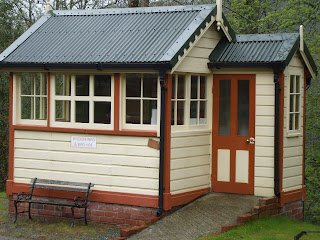 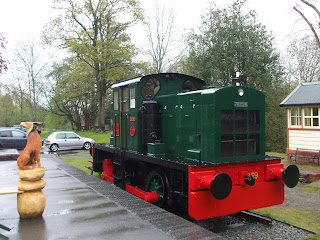 This was the Thomas shop near Llandrindod Wells, a marvellous museum and craft centre with a tea room. 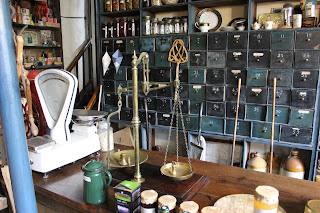 You could actually get amongst the items and have a closer look. 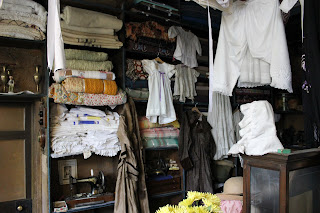 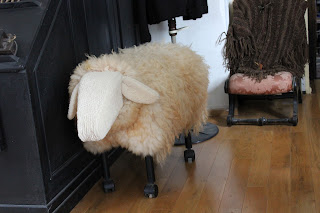 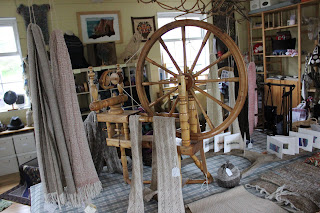 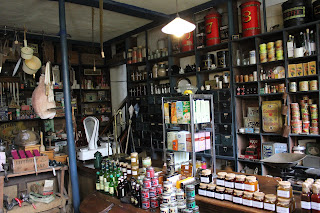 Whilst there our friend picked up a couple of hand cranked sewing machines and when I got back home I thought that wasn't a bad idea for the days when I can't use my legs or feet to press the foot pedal on my Bernina.I am by no means a proper machinist, I do however like doing freeform ,no straight lines for me as I am challenged when it comes to sewing or cutting straight.
I was getting rid of some surplus furniture on one of our local boards, it isn't freegle, you can actually ask for small amounts of cash or typically chocolate wine etc. I asked for a sewing machine. I thought it was worth an ask. A lady contacted me from a local charity they had been given a machine to sell for funds. This little beauty cost me the sum of £25. No rust, well oiled and not much dirt as you can see. 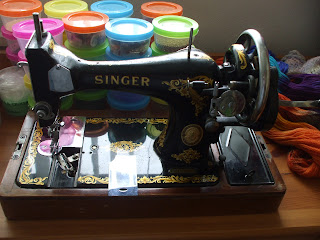 It stitches beautifully and will be ideal on the days I just want to do a little slow stitching.
Well tomorrow is hospital, first checkup on Mr Mogs drug trial and I think a long appointment. He is doing well up to now with no outward side effects. Maybe a little more hungry from the steroids and a little more tired. But in the scheme of things that isn't much at all.

Who knows where the time goes?

Warning this post contains a picture of a Sheila Na Gig and is sexually explicit.

So where has the time gone? It has been a strange time to say the least but with good parts. A little like the curate's egg:)
We went to Wonderwool and it was freezing and very very cold but good to meet up with friends from around the world. Coldest ,wettest Wonderwool I've ever attended. The interactive area raised £850 for the air ambulance which was good. Lots of volunteers and also lots of people willing to donate.
We stayed in a cottage with good friends for the week and despite the constant daily rain it was good and a break. A chance to recoup our energies and our peace of mind.
My head has not been good. I thinkit has been a mix of worries , firstly over Mr Mog and then my son had problems, plus the ever constant pain just got a wee bit too much.
I went to see the doctor and just that simple act helped. It made me focus on me and what was going on.
The consensus was that I try stronger pills for the pain, try and lose a little weight to help with the joint problems and more meditation. If that didn't help then there was always the option of drugs or councillor.
To be honest just talking about it all helped and with a neutral person even more so.

I feel more myself now, yes I still have the stress and the pain but it is just a part of who and what I am.

We decided to shift the craft room around and put a new unit in with more space removing a desk I had. It puts all the yarn and fibre together where I can  see them easily instead of having stashes here there and everywhere. 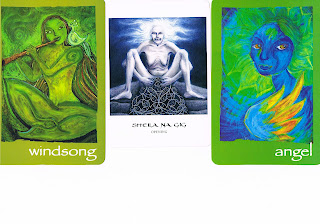 Part of doing this meant I had to move my altar.. It seemed the right time to change the cards I always have there and these are what I pulled out today.

Normally I have one Attuned card and 1 Goddess oracle card there but this time 2 Attuned ones fell out.
So what do the cards tell me about where I am right now?
The first one from the Attuned deck is Windsong. This is all about finding your place of being, in harmony with the earth. Rediscovering ones true song.
The second card from the Goddess oracle is Sheila Na Gig, a disturbing card to some with the sexual aspects. She is portrayed as a hag, an aspect of the Goddess Morrigan. She guards the doorway between life and death. Her card for me reflects new beginning, leaving something behind and starting anew.Her open vulva to me means open up to a new life a new way of thinking.
The third card is from the Attuned deck and is Angel. She is glancing backwards, leaving the dark behind, moving into the light. Starting again, moving onwards .
So the message seems clear to me, just be in the moment, no worrying about what has gone on and what might happen. Just live the day as it comes.
Your thoughts as always are welcome, thank you

Mr Mog BTW is doing well, the drug trial appears to be progressing as it should and up to now no unwanted side effects. We go back to the hospital Tuesday for his first appointment since starting the trial. More tests then and a chance to see how it works or doesn't. Lets face it it isn't a cure, that really doesn't matter. It is more about enjoying his life and slowing down the inevitable.
But we could all be run over by a bus tomorrow so in the scheme of things it is good:))
at May 12, 2012 2 comments: