I woke this morning with the determination to be normal or as near normal as passes for it these days. No sense worrying over things I can't control and as Blue Witch so aptly put it PMA can overcome PSA 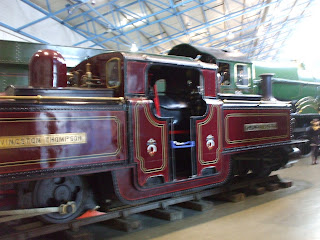 So normal here we go. After all  we are on the eve of Imbolc, a new turn on the wheel and new beginnings and new growth. So listen to yourself Amber and follow your beliefs. 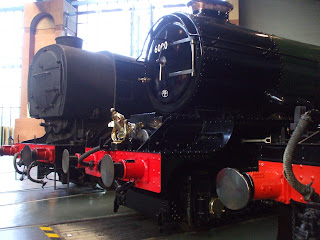 We had a couple of days away last week. We were supposed to go to York before Yule but my health stopped that. Mr Mog has never been and it is around 22 years since I did so an adventure for us both. 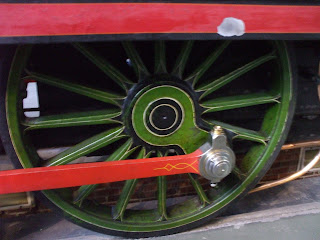 You can probably guess our first port of call looking at the pictures. 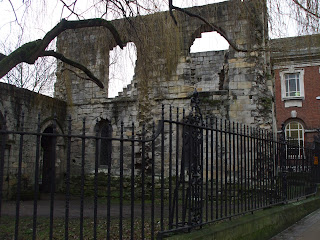 Mr Mog is quite keen on railways especially the steam persuasion so this seemed the perfect place to start our visit. Despite lots of sitting down(me) we only covered a small part of it and would love to go back sometime to see more. 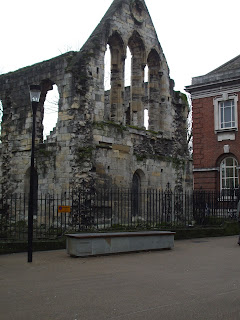 York itself is full of stunning buildings and parts of buildings. So much to see and enjoy. We didn't go in the Minster partly because I'm not Christian so it holds no interest from a religious point of view but also they charge you. £15 if you wanted to do all of it, that is each. Whatever happened to following the Bible's precepts and the story of Jesus and the money changers? Jesus drove them out of the temple and accused them of turning the church into a den of thieves. Yes I am all for donating to the upkeep of ancient buildings but voluntarily. 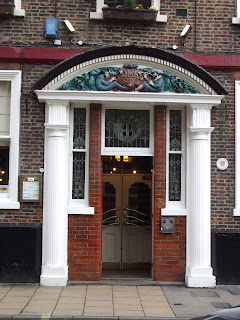 I loved the images above shops and doorways such as this. 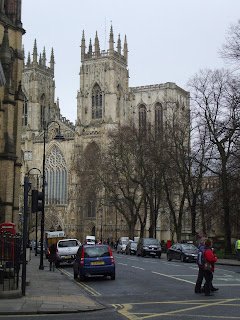 I did take a couple of pictures of the Minster as you can see but that was enough for me to be honest. I really wanted to mooch around the city at will and not feel obligated to go into places. 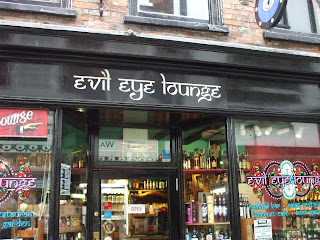 Although the name of this shop almost dragged me in, I did succumb to the next. 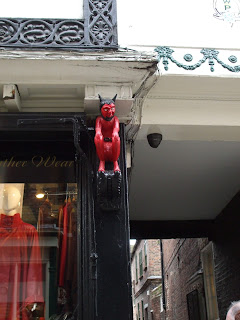 Just look, isn't it so OTT? But really friendly staff. I think Mr Mog and I stayed in there for over half an hour chatting. It was another example of connections also as we had quite a few mutual acquaintances in common. The shop was filled with books, incense and all the usual occult shop items. Not that that is a bad thing . I purchased some hand made incense from them. I usually make my own but now and again it is good to try another, especially if it is just a general house incense with no purpose in mind. 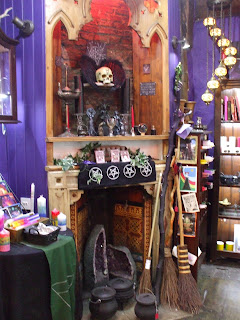 A veritable treasure trove of your magic shop items. 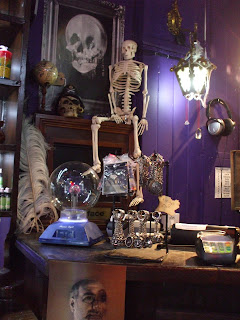 Then this of course has a magic all its own, there are 2 Bettys in York both of which were full despite the time of year. 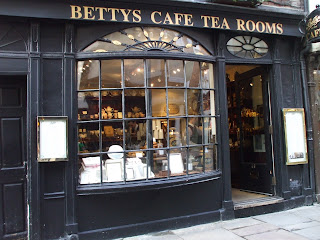 There were creatures watching us from all parts of the city. 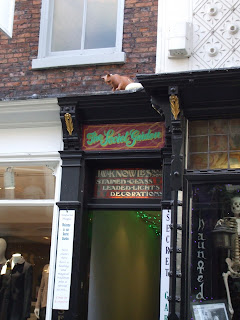 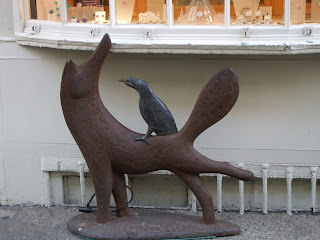 Then from one extreme to the other this in the Ness shop:) 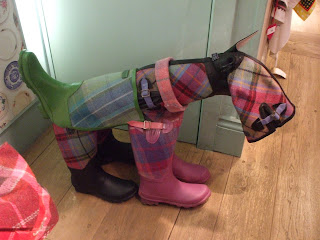 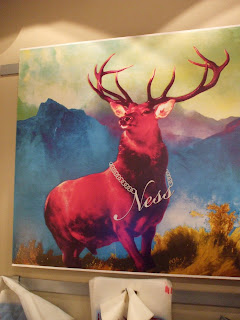 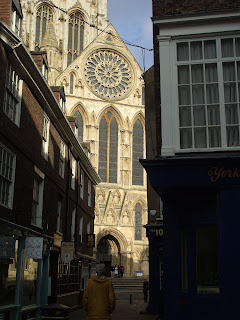 Didn't know if this would come out as the ginger cat moved all the time and I just did my usual click and go. I am really pleased with the picture. 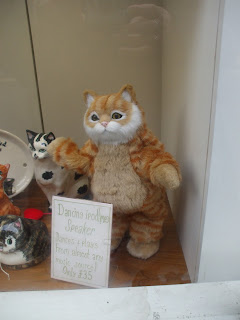 This beauty was in the Newgate coffee shop where we had a sandwich both days and people watched. 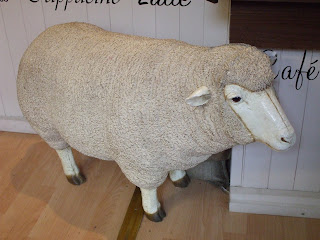 This pile of stuff was on a market stall in Newgate market. She sold lots of different yarns and this was on the end of the stall. I couldn't understand why they would laugh when I asked if I could take a picture of the pile of stuff:) 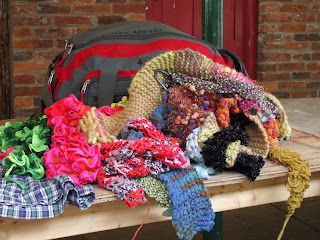 But wasn't it colourful? Newgate market is on the end of the famous Shambles and they had a yarn shop. Well we had to go in and say hello didn't we? Can you see the funky needle felted sheep along the middle of the window? 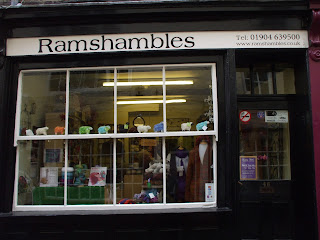 There were 2 other yarn shops and I meant to take pictures but didn't. Poppys full of colour and lots of different yarns and my favourite
Grace and Jacob.
This didn't only have yarn but fibre and fabric. The yarn and fibre dyed by the owner who is also a felt maker. We both indulged there. Mr Mog got some alpaca and camel  undyed and I bought some Gothic purple black merino silk for friends.
Didn't do much else but it was enough for us and we enjoyed it.

Next post going back to my roots, or making cloth art dolls again hopefully.

I think I found another yarn shop... can't remember what it was called right now, but it will come to me, and I'll let you know.

We need to return to York - didn't see nearly enough, as perusal of your pictures shows.

I really enjoyed this wander around york with you- ive never been there!

blessings to you both, glad you had a lovely trip. Leanne x