Of moons of blue and years new.

A new year, a new decade. A new beginning if we chose it as such.
A blue moon and a lunar eclipse last night. Auspicious signs for a new start to the year and the decade. 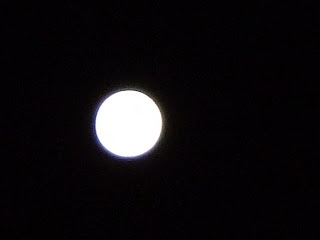 There were weird floating circles in the sky, they floated a long way and didn't fizz or bang. It was only this morning ,when my daughter said Chinese lanterns were in all the cheap shops and then described them, that I realised what they were:) Despite them being golden disks almost this is what came out on my picture. Reminds me of a zodiac constellation. 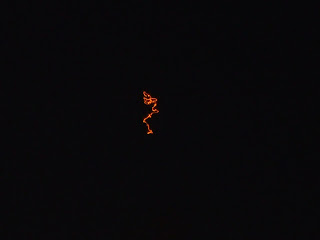 Just look at the colour around the moon. 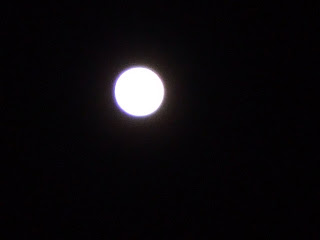 I had an idea for an occasional blog series on the elements and it seemed apt to start with Water, the colour blue.
Blue is the first colour on the cover of this journal Mr Mog gave me for Yule and what with that and the Blue moon last night water seemed most apt.

Not a normal start to the elements but that isn't set in stone.

So, water, emotions, feeling and West on our compass.
Words associated with Water:-
Blue, feeling blue, blue mood, water,seas, oceans, rivers. Tears, emotive, release, letting go.
When creating a spell water is the release point. Where you send it off into the ether to happen or not.
Ether, mist, water, also clouds. All tied in together.

At Viking funerals they burned the warriors ship, a release of the earthly body and letting the spirit travel on. 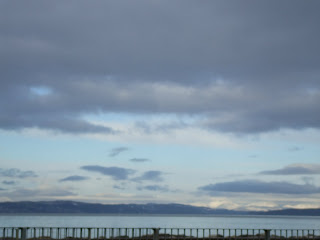 I took a lot of pictures of the moon last night, the ones on here and last nights post are but a small selection.
She drew me out in to the frosty night to try and take a picture of her passage or journey across the night skies.
Why are we drawn to the moon? Why are the waters of this earth drawn to her and by her, causing the tides to ebb and flow? 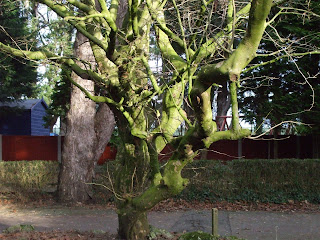 Why is it thought better not to show emotion, stiff upper lip and all that?
Is it because by showing emotion we also show a part of our inner self, our vulnerable part?
Is it fear or commonsense to do what we do? Is it better or worse to have our feelings on show?
Sometimes it is good to show your true self but it can be manipulated by unscrupulous people. 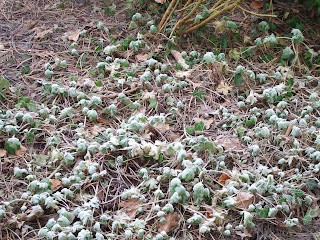 I think what I am trying to say is that we maybe always need some barrier or distance to protect us. Even if it is a thought within us that keeps a circle around when we are in a vulnerable or open position. 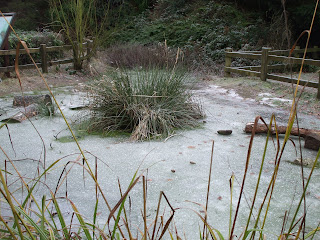 When we do magic in any form we are told it is important to shield, ground and centre ourselves prior to working.
A base to work from?

I was told in my very early days to visualise a circle of silvery blue mirrored light around me. To deflect negativity or harm. The Moon again?

All to the good but how does the work we do then go forward?
Some of (most of) what we are told is a starting point,
a beginning for us to explore from and then find what works for us.

Yes in some circumstances we need shields, but not all the time. Otherwise we aren't open to the good in the world and the love. 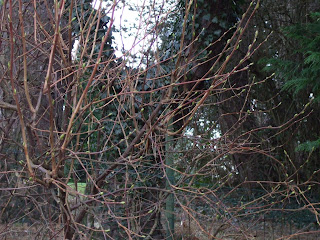 We have to find the right degree of shielding for us, OUR selves.
What works, or worked , for others isn't necessarily for us. 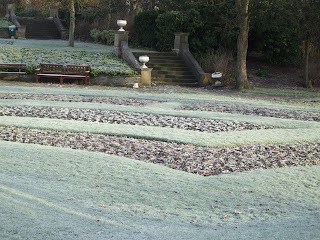 Through out my life I've had people ask what am I, what do I believe, what path do I follow. I tell them that I follow my own path, harming none to the best of my ability, including myself. I take parts of the old knowledge that I need at a specific time and add my own twist, my own magic if you will.


My feelings and emotions show the way if I listen carefully and am guided by them and of course the Lady of the Moon guides and protects me.

So a ramble through water:)

Now onto more mundane things.
I've two pairs of socks to show you. Both have been on the needles for a very long time, languishing in the sock bag.
This past few days I decided it was time to finish them before going on to new knitting. 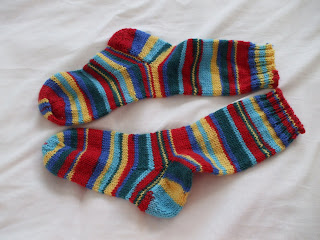 What do you think? Please note both have blue within them:) I wonder if that was why I had the urge to complete them? 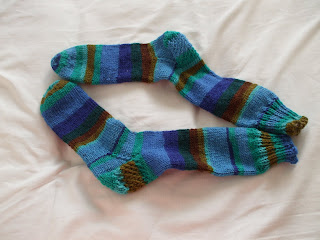 There has been spinning. I have some woodland Falkland fibre spun up and awaiting pictures and indeed plying, but more on that another time.
For now I give you the wondrous moon nights that Mr Mog gave me for Yule. From the very talented Laal Bear's dye pot and hands:)
This is part of the first batt resting over Tillie Traveller. 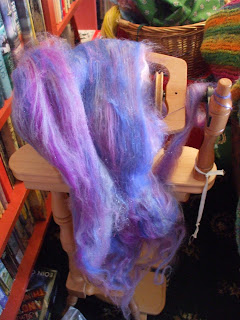 This is the rest of it spun up. 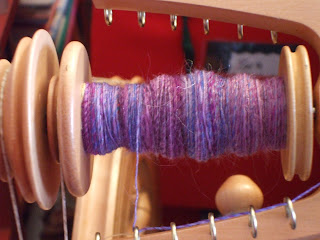 You can't really see the sheen and sparkle on the bobbin but I can assure you it does shine , a moon night indeed.
at January 01, 2010

You took some beautiful pictures of the moon last night Amber. Whenever I try to photograph her I end up with an indiscriminate dot. I too went out to gaze last night, but it was too cloudy down here. Thanks for this post; inspiring and thought-provoking words.