What we would like as one of your electorate.

We would like the money you need for essential services to come from those who can afford it, not those without.

We would like the fat cat salaries, bonuses and pensions to be cut drastically. It is criminal to pay ineffective idiots large amounts to make a mess of things. 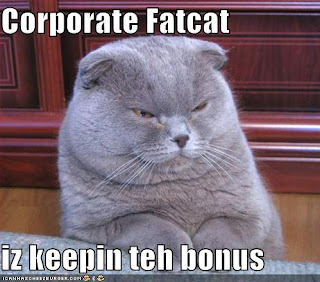 Banks and big businesses we are particularly looking your way. 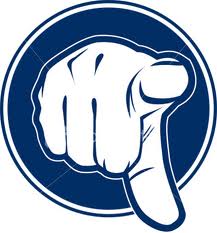 We would like you to rethink your cuts on essential benefits paid to the elderly and disabled. You hurt the ones who can't fight back and that's not playing nice. In fact I'd call it despicable, wouldn't you? Although I suspect the not fighting back is why you target this group. Naughty, naughty.

By all means don't increase benefit payments and pensions next year, everyone can then play their part in that way.

DON'T cut essential health care.
How would you like to be seriously ill and be told that there is no money for your treatment, the funding has run out or the drug is too expensive? And that they are sorry but that is how it is.
If you die it isn't their fault, blame the recession.
Oh that's right it won't happen to you Mr Governmen(t) man you have private health care and money to fund what you may need.

GIVE our military the equipment it needs to do the job you want and expect it to do.
If you want an army, navy, air force you DO need to pay for it you know?
Would you like to be in a war zone with no protection and third rate equipment? Would you like to be the father or mother hearing the knock on the door and being told your child was dead due to insufficient support? But he died for his country. I'm sure that will be a great comfort in their bereavement don't you?

Oh no, I forgot, money privilege etc. You wouldn't fight the fight, you would fund it if it made a profit, wouldn't you?

STOP Immigration NOW That is an essential, we are overrun with people.
This is only a small island you know. Its resources are finite. 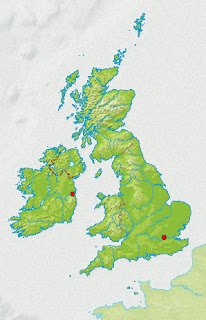 And, a bonus for you if you stopped people coming in, less to pay out in health care housing and the like = more money left over for other needs.

GET RID of political correctness and the Elves of Safe Tea.
They are corrupting this country by the nonsense they preach  . Lets bring back Comm and Sense. They worked well for a long long time. In fact their influence can still be found if you look around.
LETS NOT spend millions lauding a sad old man who pushes things under the carpet and ignores them and their terrible effect on people, out of sight and out of mind?
His church has more than enough cash to fund state visits for eternity and beyond. So why do we bend over backwards and treat him as royalty?

Does it give us worth, does it help the needy?

And, conversely, will we do the same for other faiths, other beliefs? Or is it one rule because you say so?

Dear Governmen(t)
This hasn't been polished or mulled over by a committee.
We don't have spin doctors or the like on our team making words palatable.
But I do suspect there are many more who feel as we do.
We are known as the common folk, the voice of the people.
We still have a voice.
It is our land.

Yours sincerely
the folk of this island
at September 17, 2010

Unfortunately the most damaging immigration is from the EU countries. And that cannot be stopped, controlled or quota'd. It could have been stopped at the outset for several years, as most other EU countries chose to do. Which is while we are overrun now: they came in when they could only get in here or a couple of other places, and told all their mates.

Don't agree with you on the military - I think all troops should be withdrawn from war zones now, and the forces drastically cut in numbers immediately. Pension ages could also be increased by 5 years for all military and civil servants (to retire at 50 on a full pension, and large resettlement/retrainign allowance is laughable when most of us below 55 will have to wait until we're almost 70 or over for our governmint/occupational pensions).

And the cost of the pope's visit is a small drip in the ocean. I don't agree it should be publicly funded, with the church as wealthy as they are, but, it will at least improve the humour of the part of the population who chose to believe its primitive teachings.

Oh, and I would like to see the end of universal child benefit, and free bus passes, winter heating allowances and free TV licences solely on the grounds of age. Why should some of the people I know who live in houses worth hundreds of thousands and whose monthly pensions are more than I earn in a year get handouts from the taxpayers amongst us solely because they are older? Never again will there be a generation who have it so good as the current pensioners. Final salary pensions, jobs for life, retire at 60/65.... Ho hum.

Bravo, bravo, bravo!!! Well spoken for your homeland. It applies here in the U.S. as well.