I've started my Imbolc femmes and thought you might like a view of them, they need finishing off and need their shoes.
This lady is Birgitta, keeper of the flame. A water femme and dedicated to Brigid lady of the wells and bright waters 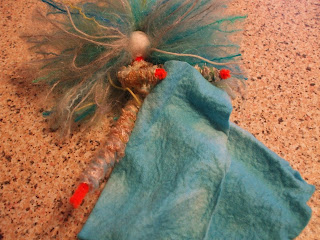 She still needs dressing and of course her boots:)

This next femme is dedicated to Airmed who was a Goddess of the Tuatha de Danaan of Ireland. She had great magical power and specialised in herbcraft, rather appropriate at this time of year with new growth daily. 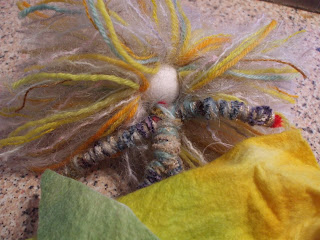 Once she gets her boots on and is dressed she will be ready to dance around the new bulbs. The light golds and yellows in her hair represent the upcoming snowdrops and aconites. 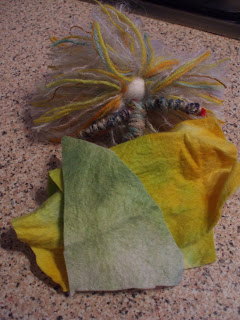 She can't wait to dance around the garden. 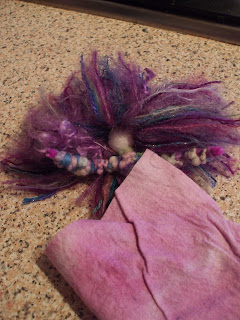 Then we have Flidhais, Goddess of the woods and trees. 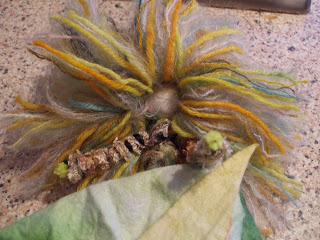 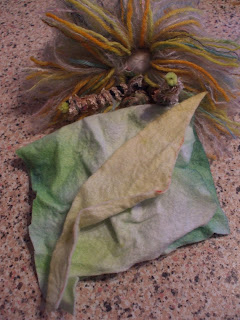 Just wait until she is dressed:)

The next two femmes are dressed apart from their boots.
Here you see Belissanna,named in honour ofBelissama the Celtic Goddess of light and fire, crafts and incidentally Goddess of the River Mersey:) 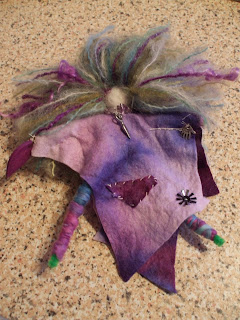 This next femme is Blancheflor, the Celtic Lily maiden aspect of the triple Goddess. 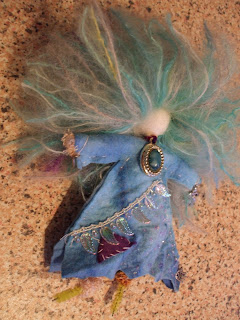 She just needs her boots on. She has some purple streaks in her hair,representing a touch of the old wisdom which she brings forward into the new season.

Hope you like the preview. As always if one calls you, email me.
Then the other part of the title. Sadly John Martyn died on Thursday:( I loved his music and so many of the songs were around at different parts of my life. The synchronicity(or spookiness if you wish) comes next.
For the first time in weeks I put Itunes on the computer to give a background to my creating. Now I have upwards of 400 songs I've loaded onto the puter from my CDs. Everything from New age to rock to comedy. I always have Itunes set to random so my songs get mixed up. Out of the first 10 songs played this afternoon 4 were John Martyn.
at January 31, 2009

Oh oh my you have been busy :)They are all lovely.
I only heard yesterday about John Martyn, he was a real genius.