Of femmes and socks.

I've been making some femmes for gifts. Hope you like them:)
This is Modron, she is named after a Welsh goddess. Modron is a mother goddess in Welsh tales. 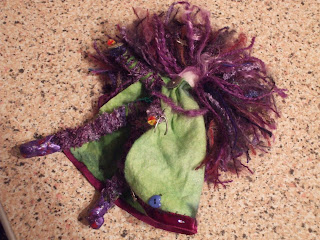 She decided she would like a cloak instead of a dress and here you see the back of it. 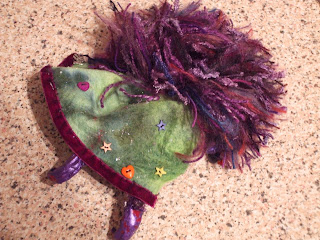 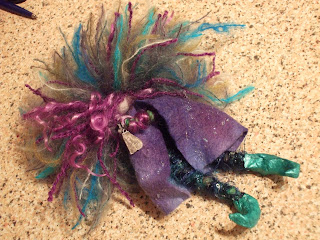 This femme is Tailtiu,named after the Irish goddess,foster mother of Lugh. Also wearing a cloak, could it be the Winter weather do you think? 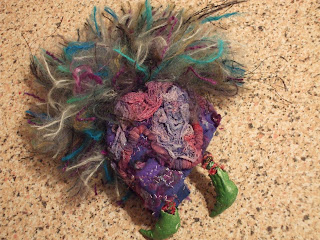 This femme is called Aradia after the Italian goddess of the same name, who supposedly came to Earth to teach the witches her mother's magic. Back view only as she was rather proud of her cloak:) 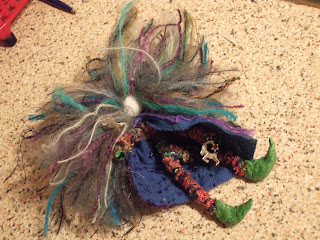 Befana is also named after an Italian Goddess. Befana supposedly flies on her broomstick during 12th night bringing gifts down chimneys:) 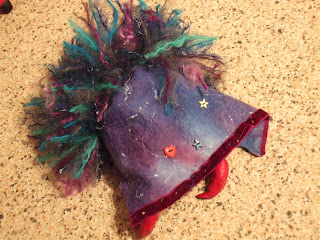 She also has a goat totem. 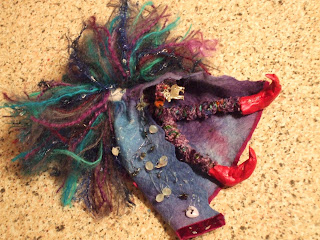 Belisima is named in honour of the Goddess she carries elements of both fire and water. she is associated with domestic craft such as spinning,weaving. 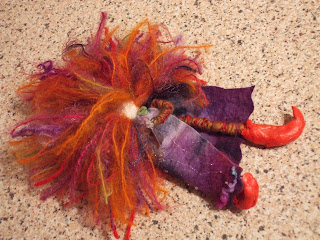 Brigindo is named in honour of Brigid, Goddess of fire, fertility and the hearth, she is linked with all feminine arts and crafts and animal husbandry to name but a few of her aspects. 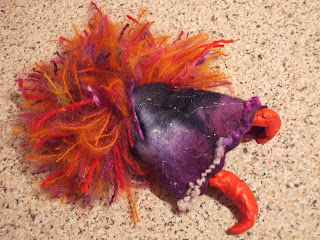 She loves her red shoes. 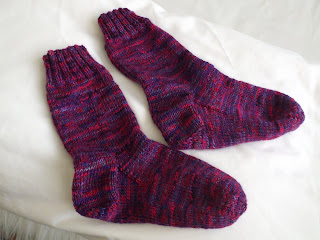 My femme is currently residing next to my goddess statue.I must take a picture so you can see.

Oooo...I wish I had some fetching footwear like that!

Well my dear you have excelled yourself this time with this collection . WOW !!

they're all so gorgeous...

Wow, these Femmes are beautiful.

It is wonderful to see the beauty and subtle differences of each new group of Femmes. Another set of lovelies :-)