Where did I go? with lots of pictures

Another journey for you today 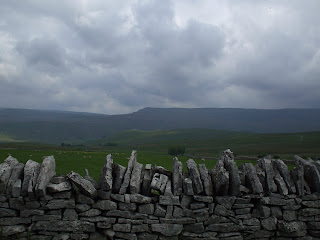 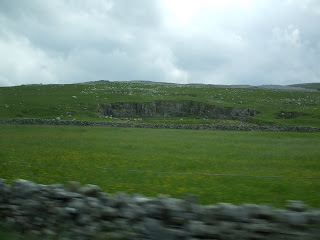 Quite an easy one for you. 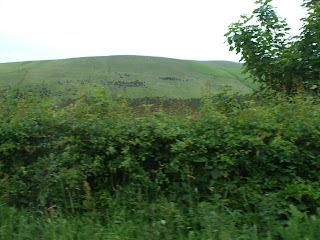 On our way we drove through the Pennines and had the roads pretty much to ourselves. 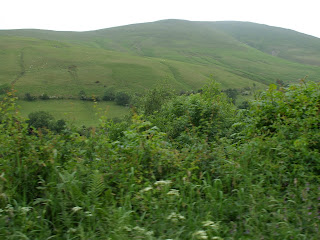 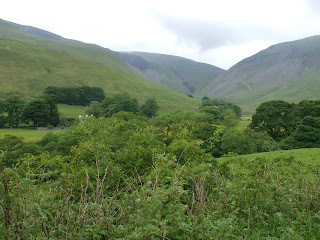 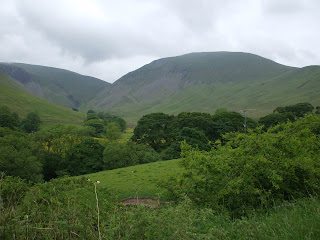 Where did I go that had hundreds of these and thousands of people? The population increases from around 3000 people to around 45,000 during the days of this event. A very large increase.
This event has been on its present site since around 1750 but going for far longer I think. It is one of the largest of its kind in Europe. Well I say go but actually all these pictures were in various laybys on the way there. when we actually arrived at the place it was horrendous busy, massive queues for parking at £5 per time, men and young lads drinking all through the streets even before lunch. We didn't go on the field, decided it was too much so drove through the new, I think, one way system admired a lot of the characters and outifts then returned home via Sedburgh for a very late lunch. If I hadn't mobility problems I would have been quite happy to park on one of the fields and walk but of course I can't.
The journey there was marvellous as we followed the travellers route instead of the easier , faster motorway. Pennines were misty but as you can see the views weren't too bad. Bear in mind that a lot of these were taken from a moving car. 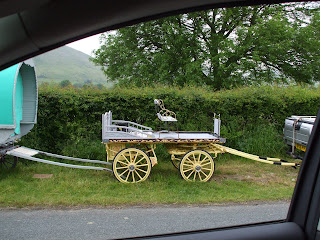 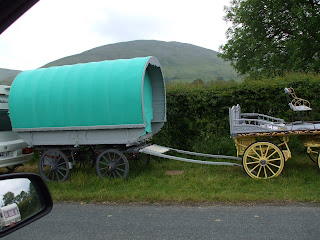 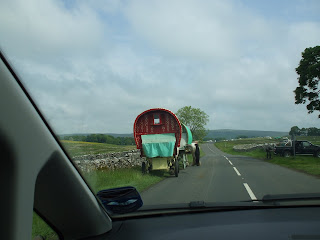 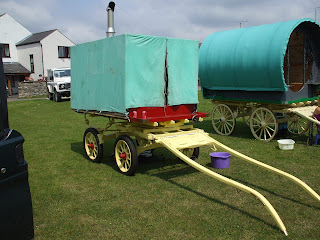 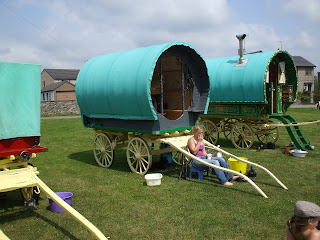 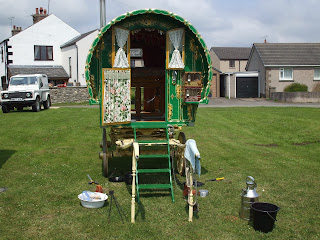 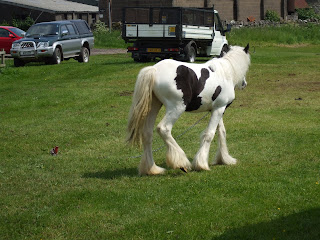 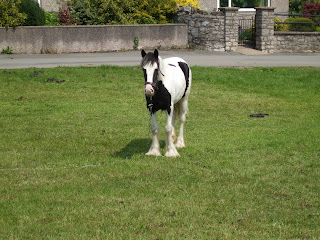 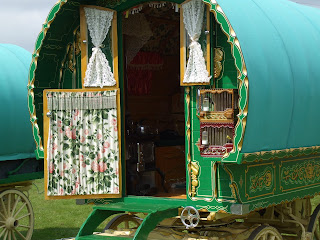 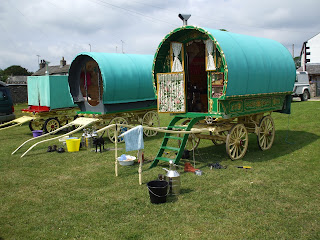 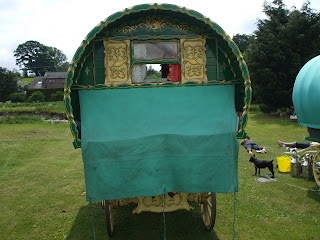 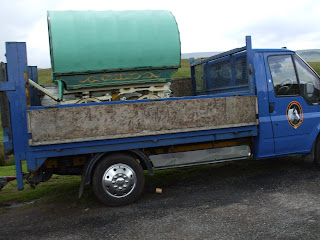 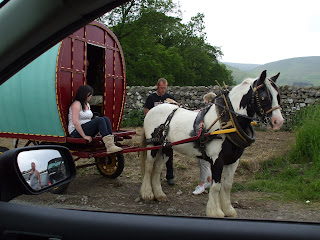 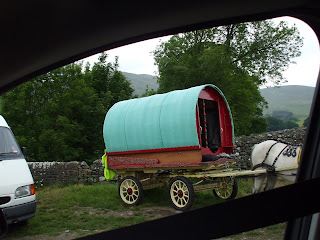 My sister and family were going to this place, but decided to park up for a couple of days a few miles away to avoid the gridlock. We stopped off on the way there and the way back to drink tea with them.Here you can see her caravan and also my nieces van. Both proper travellers vans especially my sisters, no bathroom no kitchen sink. All washing of self and pots is done outside as per tradition.. 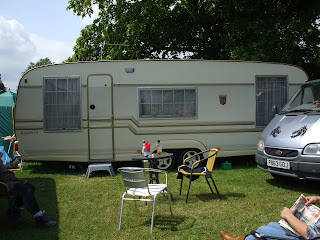 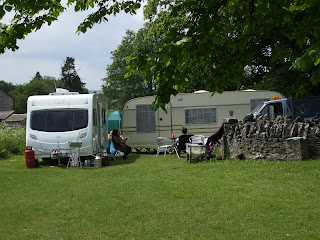 The caravans are immaculate and very well looked after. A travellers caravan is much admired.

Yes you have guessed I went to the Appleby Horse Fair today. It was a chance to admire many horse drawn vardos and bow tops along with many large modern travellers caravans. The clothes on the younger girls were very ornate, lots of frills and ruffles. The teenage girls all sported the shortest outifts in dazzling colours to captivate their suitors. A traditional fair that has had many critics and a lot of problems but in its way an echo of a far gone time and for that I salute it.
at June 07, 2008

It's a shame that you didn;t get to park anywhere near but I am sure that you enjoyed it anyway.
The ornate green caravan with the nets and floral curtain is the one I want to spend a holiday in!
I imagine it would be a bit cramped for a large lass but fun all the same.
Great day out!

I was listening to the radio last week and heard traffic been mentioned going to the fair and yet again I thought how much I would love to go there as I have never been so thank you so much for the lovely atmospheric photos.
I can remember going to a friends grandmothers van years ago and that was a wonderful sight to behold.

Wonderful - traditions are for upholding. And gorgeous countryside. Thanks for posting them.