I wasn't sure what shawls I had shown you so I thought you may like a little colour as a change from my moaning:)
This one I have just finished, it is Pamuya and the yarn is zauberball sock in cranberry colour way 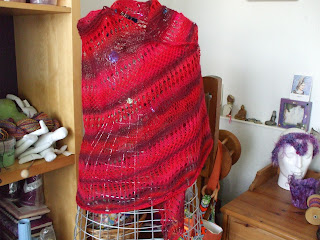 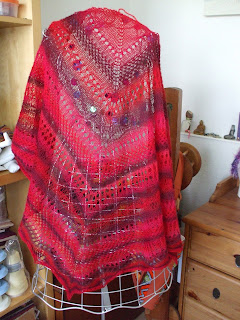 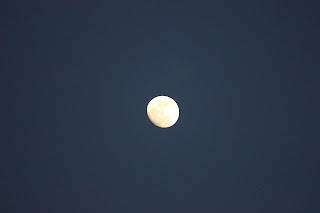 These are part of our garden solar lights 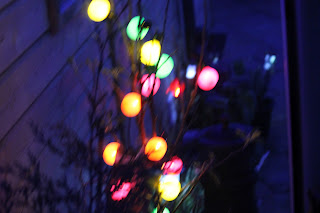 not easy to take through the window 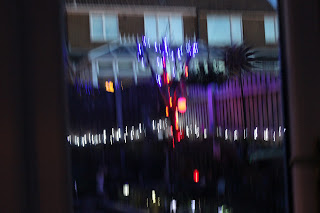 This shawl was made with yarn I dyed and the pattern was out of my head. 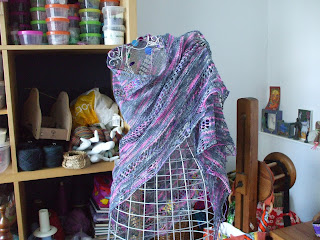 This is Hitchhiker a mindless knit and I can't remember what the yarn was. This was gifted to a good friend. 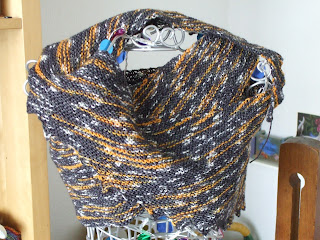 the new bulbs we planted last autumn have started to flower adding colour to the garden. 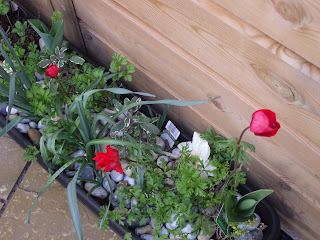 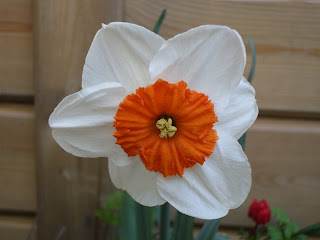 This was another finished shawl. The pattern is afternoon tea from the latest knitty 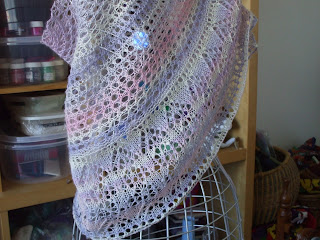 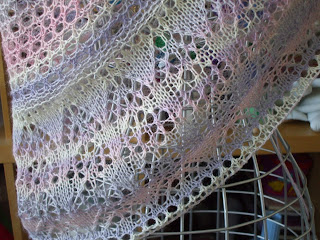 A very easy knit but quite a small shawl even blocked fiercely. I want to make another but will do more repeats of the pattern as I do prefer knitting larger shawls. 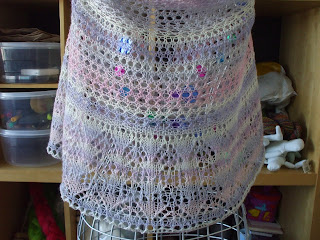 I had my doctors appointment this morning at 8am. However when we arrived at 7-55 the doors were firmly closed and the receptionist didn't open them until exactly 8. What is the point of an early appointment if you aren't going to be seen on time? By the time she had checked in ,or made appointments for, 5 others in front of us it was ten past eight. Granted I was called after just a couple of minutes but that starts their day behind already.
We have decided that I am not depressed just anxious and as she said it was no wonder with all that is going on.
The numb fingers every morning appear to be a result of carpal tunnel trouble and in both hands which isn't good. I have to wear hand splints at night and in the day if it is too painful.The knees? She did ask do I want to see the rheumatologist but as she said "I don't suppose you want to be going for operations at the moment" Quite right . So some painkillers to try initially and try to lose a little more weight.
I'm not having any medication for the anxiety or counselling, again a joint decision. I'm going to try to meditate more regularly and see if that helps.
I've to go back in 4 weeks for progress report but with the proviso I can make an immediate appointment if things worsen.
Then when we got home there was a telephone call from the trials nurse. Mr Mog has been accepted on the millennium drug trial. Back to hospital, again, Tuesday for more bloods to begin the trial and then hour and half later appointment with oncologist and the first lot of drugs. I really don't know whether to be pleased or not. I'm apprehensive as it is an unknown and he is relatively well at the moment.
But he is trying the drugs and we will see how they go. Or should I say he is trying a steroid plus a 50% chance of the new drug.
Time will tell.
And you? How has your day been so far?

Oh and on another note. The new ISP - router arrived yesterday and we followed instructions on the box, up and running in 5 minutes and nearly 50% faster than Virgin was.

That's great news, on both your health counts.

I do wonder whether referral to the rheumatologist now might be a good thing though - get you in the system and perhaps enhance your number of choices? We all know how long waiting lists take!

And good to see some of your photos of garden and shawls again.

Good news about the trials...or I hope it is and Mr Mog doesn't get a placebo pill. (Is that how they work them?) Shawls, as ever, beautiful. I'm currently knitting a "waterfall" cardigan which is basically two pieces with a centre back join and then short sleeves inserted into the main body piece. AS for appointment waits...well.....I wonder if they are the same all over the country? I was taken in 1 and 1/2 hours late at our wonderful local hospital yesterday.