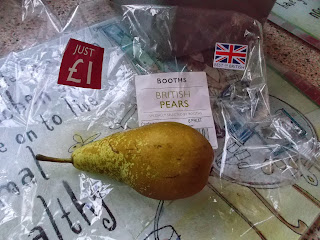 Take 5 pears, British conference pears that cost just £1 for 6 at Booths. This BTW was the smallest of the 6.

Add a chunk of freshly grated ginger, some local honey and a little local orange marmalade
Top with a crumble made from flour , butter , barley flakes, dark brown sugar , allspice and a few left over pecan nuts. 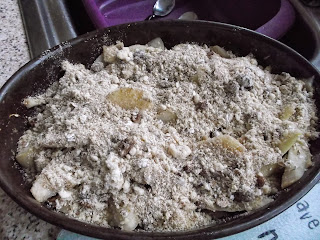 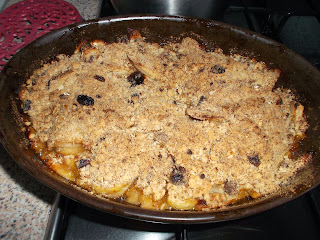 Bake in oven until golden and you see pear juices caramelising on top of crumble.

Serve it with fresh live yoghurt

Delicious taste of Autumn.
I've been chatting to a friend about colour and its effect on  our spirits, especially during the dark half of the year. I mentioned some merino silk I had dyed and how I was trying it out on a spindle. TBH once I started to spin it I realised I wanted to use a wheel not the spindle as it just felt so gorgeous and was so bright. As its getting quite late in the day the full glory of the yellow doesn't show, its almost fluorescent 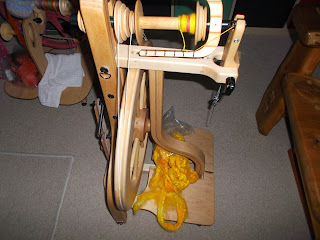 As you can see and for some reason this photo has turned sideways. Very weird. The fibre is 70% merino and 30% tussah silk from Adelaide Walker and I dyed it with procion acid dyes. 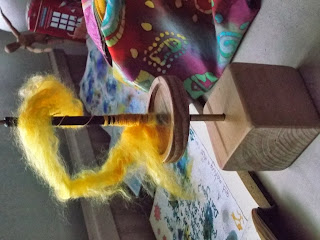 That fiber is gorgeous...just seems to personify Fall.
...and yes, the crumble looks delish!

Ah, yes, I see what you mean about the spindle now!

Please could you tell Booths we need them down south.